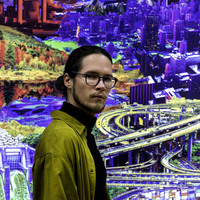 Nejc Trampuž (1993) is a young intermedia artist and photographer. He studied photography at the Academy of Fine Arts and Design in Ljubljana (ALUO), where he graduated with honours and finished his master’s with a special ALUO award. During his master’s studies he focused on using photography for social, technological and environmentally engaged criticism, expressed through interactive installations that explore the boundaries of the photographic medium, transcend it and move into other media and approaches (video, sound, projection, light, collage, etc.). Trampuž is also an active member of the Youth for Climate Justice movement, where he works on the preparation of direct actions and media content. Since 2009, he has participated in many solo and group exhibitions both in Slovenia and abroad (+MSUM, MAO, OFF_festival Bratislava, Layer House + TAM-TAM, Simulaker, Cirkulacija2, Animateka, Photogether in the Czech Republic, Ljubljana City Hall...). He was also a member of expert juries (Animateka, Brumen x Plaktivat) and the main Slovenian media (Delo, Mladina, Koridor, Dnevnik, RTV SLO, Radio Študent etc.) wrote about him and published his photographs from activistic actions. 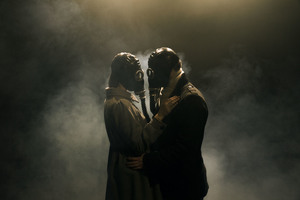