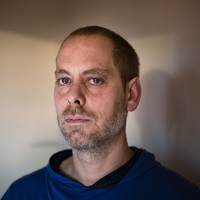 Edu León (Madrid, 1977) is a Spanish photographer who has settled in Latin America for 11 years. His work focuses on social conflicts, human rights activism and migrations. In recent years, he has devoted himself to photographing the exodus of Venezuelans to southern Latin American countries, within the framework of the project “Migrar es tocar tierra” (Migration is touching earth). It was designed as a traveling exhibition, but during the pandemic it became a virtual exhibition. Before that, he developed, together with the photographer Olmo Calvo, a project named “Invisible borders”, that shows the situation at the European borders and the identity checks in Spain. He has also used photography as a tool for social and identity transformation with youth and indigenous communities. He has been published in media such as El País, Univisión Noticias, The Guardian, Time, Newsweek, Vice News y New York Times. He has also collaborated with international organizations such as the Red Cross, International Amnesty, Oxfam. 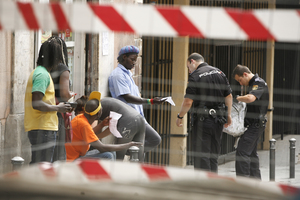