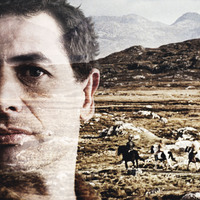 Born in 1969 in Villeneuve-les-Avignon, Meyer has been a member of Tendance Floue since 1996. He uses photography as a tool for dialogue with the world of images. He cultivates the conviction that the photographic act is not made to observe the world, but to build it. Three trips to the occupied territories of Palestine gave rise to a series of silent and torn images illustrating the habit of forgetting. It won the Paris Match Special Jury Prize in 2002. From 2003 onwards, Meyer began a project which subject is the act of seeing. For five years, he followed the path of the Cinéma Numérique Ambulant in West Africa and photographed the improbable encounter between African cinema and its audience. He produced Mon frère lumière, portraits of spectators. Awarded a 3rd World Press Arts and Entertainment Prize in 2006, this work was exhibited at the Rencontres d'Arles in 2007 in Raymond Depardon's programme. And above all, it says what is essential to Meyer: the magic in photography as in the cinema, is what is accomplished between the gaze and the image. Then he began to practice photomontage. He produced the Portraits décalés in Mali as part of the Rencontres de Bamako in 2015 and 2017. 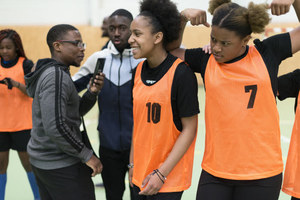